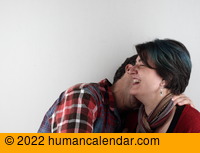 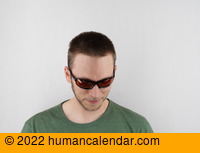 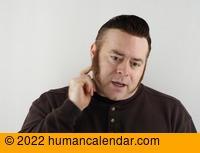 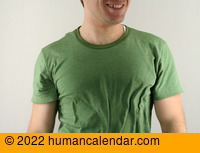 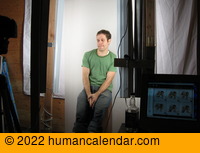 Back in 2001 I created a website called humanclock.com. Since the Human Clock website represented time with pictures, I figured I could predictably milk the idea with slower-moving units of time — calendar dates. Sadly however, the calendar remained neglected. You see, the humanclock.com site was still in its infancy: tv/radio/newspaper interviews, late night coding sessions, cute girls asking me out (this was pretty neat), overloaded webservers, massive coffee consumption, that sort of thing.

In early 2002, I set off to ride my bicycle around the continent of Australia. Somewhere in the middle of nowhere I was thinking about a lot of random things at once. Whatever day this was, I happened to be thinking about computers and a girl. Specifically, about the then-upcoming humanclock.com redesign and Marcia Brady. Where should I put the calendar on the clock site? What square did Marcia Brady occupy during the start of The Brady Bunch? Thoughts of "gridded people" and calendars meshed into one. Although I wrote most of the code in 2003, it still took another four years and several practice attempts to finish the Human Calendar.

All of the "models" are various friends of mine who happened to find themselves near my garage between April-July 2007, and later on during the Summer of 2011. Granted, most were lured with beer, food, lodging, or in one case...meat. Nearly everyone is from Portland, Oregon with the occasional person from Saipan or Sacramento thrown in for good measure. Some people are in bands, a couple are writers, one person was in an episode of Murder, She Wrote, while another person accidentally murdered Kelly Ripa's pet sea monkeys when she was 12. Another is a member of Red Fang whom if you haven't seen that video you need to stop what you are doing and click taht link.

A major update to the site was done in October 2011. Gone was the putrid green background color...that was replaced with an equally putrid yellow color. One of the most noticeable changes is that the calendar became "animated". You can click on the people or bump them with your mouse pointer, they'll react and do stuff now.

I sold t-shirts for awhile but that was a lot of work. My wife and I ended up having a party and made a requirement be that people took a shirt home with them. I still have a few left so contact me if you want to buy one.
Here are both James and Justin modeling themselves on the shirt along with my friend Star Anna modeling one too: 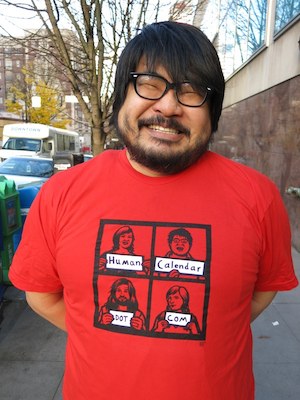 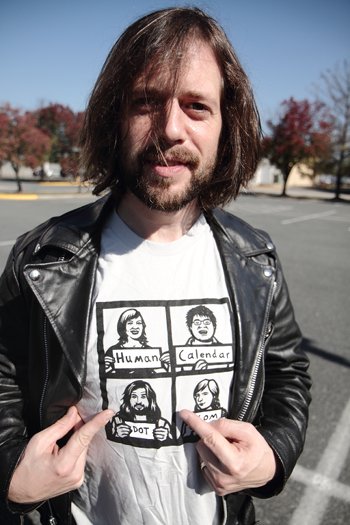 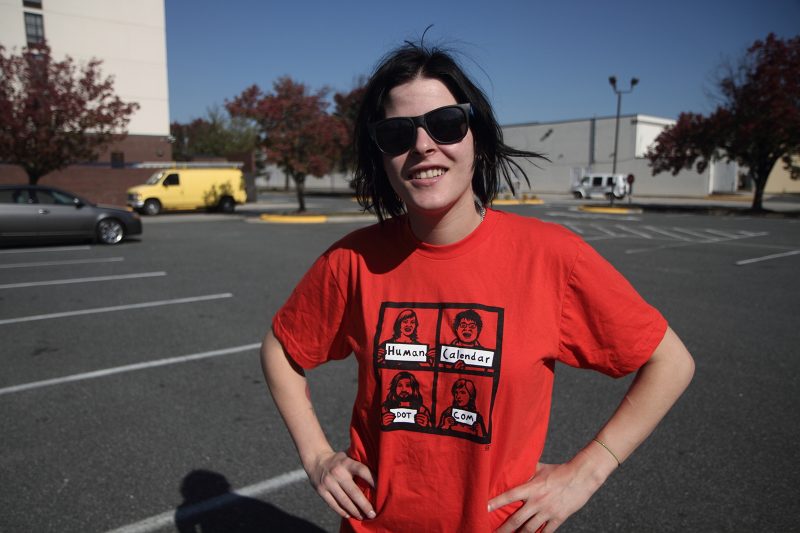 I updated the site again in 2022, this time I simplified things plus made it (finally) fit better on phones. I removed a few things because they aren't relevant anymore, like calendar embed code for MySpace and Windows 7 Gadgets. They were fun while they lasted but time moved on.

Lastly, there are about 20,287 photos that make up all the images on the calendar. Some of the leftover photos are on this page, they will cycle themselves around as they feel like it. Stick around long enough and you can see all 173 of them. I have more plans for this site that will come eventually. You can see other projects of mine off my homepage. 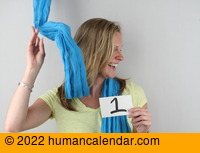 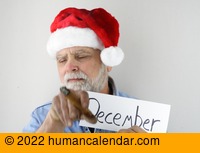 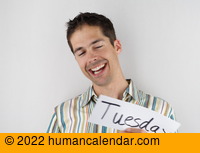 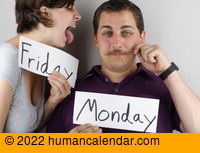 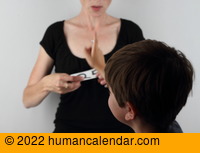 Put Humancalendar on your website:
This will allow you to put a "portable" version of humancalendar.com on your website. Users should see the correct date depending upon their location. If for some reason you want your users to see the date for a specific timezone only, use the second option below.
See that Human Calendar again...
Human Calendar is a registered trademark of Craig Giffen, how posh.
Things are all © 2007-2023.

Oh yeah, in case you want to know anything else, a new day begins in about